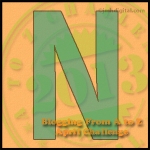 I’m my biggest critic. Neurotic thoughts often swirl with negativity when I think about myself -when I think about where I am now and where I want to be. The gap between my ideal “me” and the real “me” is wide. For me, writing is personal; my words are part of who I am. While my need for external validation is strong, I know that successful writers learn to tune out the naysayers and the haters.They set aside the rejections and move on.

Fear kept me from putting my words out there in the past; that fear of rejection and not being good enough. Yes, I write for myself, but the smile that comes with a positive comment or a great review of one my books is addictive. I indie-published two romance novels over that last year. I didn’t even try the traditional publishing route. For one I hate waiting and for another I didn’t want rejection to discourage me from my dreams. I did a lot of research before going the self-publishing route. I corresponded with and read the blogs of many romance authors who ditched their traditional contracts and re-published their back lists via self-publishing. These authors were succeeding and making more money than they had with their traditional contracts.  So in the end I decided in this new age of electronic books that I could reach more readers quicker as an indie author.Yet, still nagging the back of my mind  was the thought that I wouldn’t be a real “author” unless a traditional publisher published my books.

This notion led me to enter my first novel in Amazon’s Breakthrough Novel Award – the winner of which would get a publishing contract with one of Amazon’s publishing imprints for romances, it’s Montlake. You have no idea how elated I was when I found my “pitch” made the cut and my excerpt would be read by expert Amazon reviewers. A month later I read two glowing reviews from those experts and moved on to the quarter-finals. Out of 10,000 entries only 500 remained. I started to feel like a “real” author. I knew my chances of making the semi-finals was slim. Only 25 entries moved on to the next level and only five in the romance category. What excited me though was that a Publisher’s Weekly (PW) reviewer would read my entire novel and provide feedback.

This morning Amazon announced the semi-finalists. My book did not make the grade. Don’t get me wrong. I’m fine with that fact. I’m not complaining (much). What I wasn’t prepared for though, given the fact that my first-round comments were so positive and the majority of reviews from my readers were complimentary, was the harsh, borderline-nasty review my book received. I know the PW reviewer gave what he or she thought to be an honest critique, but it felt mean. I write contemporary romance, not suspense or erotica. Yet, the reviewer bashed the book for being too “unexciting and slow-paced” and for not having enough sex in it, saying it was more “sad than sexy.”  I guess it’s a good thing I wasn’t going for sexy.

I’m sure there’s a lesson in there somewhere. If anything, it made me realize I am a real author regardless of whether I have a traditional publishing contract or not. Being an indie author gives me the flexibility and control over what I write and when that I need. It also taught me that not everyone will like my books and that’s OK. Its find for someone to write a negative review so long as they aren’t nasty about it.